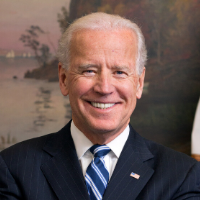 Who have you met on the campaign trail who is suffering because of the wealth and income gap? How did their story touch you?

In New Hampshire, I met Chrissy Simonds. Chrissy is a single mother of two and a survivor of domestic violence. She and her children escaped an abusive home with nothing but the clothes they wore.

The odds were stacked against Chrissy. She wanted an education — but had to fight hard just to get her GED. That isn’t right. She now struggles to repay a loan she couldn’t afford and worries about her son’s challenges to attend college.

Helping people get a two- or four-year degree, or skills training is how we get families into the middle class. We shouldn’t make it impossible for people like Chrissy to help their families. I will always remember Chrissy’s story and as president, I’ll make sure I fight for people like her.

As President, which specific Mend the Gap issue will you prioritize and why?

Every American has a right to affordable, quality health care. No one should wonder what will happen if they or their loved ones get sick.

My proudest day as Vice President was when President Obama signed Obamacare, extending health care coverage to tens of millions of people and protecting 100 million Americans with pre-existing conditions.

We need to protect and build on Obamacare. I will expand coverage to all Americans by offering a Medicare-like public insurance option, and increase subsidies to lower costs. I’ll automatically enroll into this public option, without a premium, the roughly 4 million Americans being denied coverage today due to their state’s unwillingness to take up Obamacare’s Medicaid expansion. My plan guarantees that every American will have access to affordable health care.
This is the best way to expand coverage while lowering premiums, deductibles, and drug prices. We can reduce the economic gaps created between those who have health care and those who don’t.

This issue is personal for me. When my son Beau was battling cancer, I cannot imagine what we would have done if his insurance company cut off his coverage. I’ll fight for your family’s health care as if it were my own.

Return to all candidates